Putting down my Godless weapons

I spoke with a young lady who identified herself as athiest, but I sensed no anger or contest in her demeanor.  We’ll call her Dana, and though she was probably agnostic, I’ll use her word. I was in a forum where I could inform a gathering about Christ-centered recovery. From the front row, Dana asked how recovery could ever work for her? Step Two of almost all 12-step programs, is the step where you believe in a higher power. She insisted that she couldn’t maintain a successful recovery because her atheism would not allow her to believe in a higher power. There was no blame or anger in her tone. She just honestly couldn’t find it in herself to believe in a God of any kind. I remembered going through a similar time. I was once like Dana, and much of my life was somewhat empty because I couldn’t open up to the idea of God. 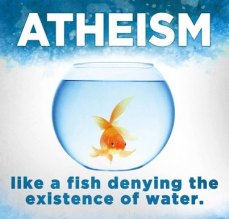 My experience with Dana convicted me to write about an axiom I learned many years ago from a Methodist minister who I had become friends with 26-years ago. I was agnostic at the time, but the evidence of God was mounting and I was serious about learning “why God?” I gave my usual laundry-list of complaints to the pastor, citing the Crusades, Galileo, Jim Bakker and the usual droll case against God. Then he did something odd. He agreed with me, but properly assigned the blame for my complaints – sinful, broken people. God didn’t do any of the things I was complaining about. I was complaining about false negatives, which took my eyes off of the bigger picture. I was asked, “Have you honestly allowed space to consider any of the positive aspects of God?” 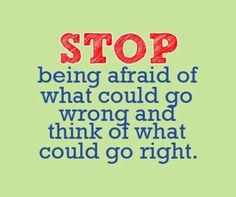 It was a fair question. For a moment, I didn’t lie to myself. Had I been so wrapped up in disproving God, that I couldn’t see the assertion of God from another perspective? The answer was… yes. Then the pastor hit me with a truth-bomb. He said, “Things go better with God”. My head wanted to keep generating arguments, but for a moment, I let my heart make the decision to listen. I actually took time to open up and listen. I listened so intently, to so much, that I could only retain the highlights. It was like trying to drink water from a firehose, but I managed to drink enough to think about. There really were a lot of things that seemed to better with God.

“Marriage goes better with God,” stuck with me. The pastor explained that men and women were uniquely created to complement each other’s roll, as a mate, as a parent and as a support structure. When one falls, the other is there to help their mate up. It became obvious to me that a high order of thinking created marriage, and it was perfect. Now, people could definitely foul it up, but as a design I couldn’t find anything wrong with it. I thought, “Well, that’s one… what else?”

“Being human goes better with God,” was the next piece I caught. The minister started breaking up that explanation a piece at a time. He directed my attention to God’s plan for how to physically care for ourselves, eating a modest diet, drinking only moderate amounts of alcohol. As for character, modeling Jesus would have us to treat everyone equally, to conduct ourselves kindly toward others and forgive quickly, and to love everyone… even our enemies. The pastor had a point. Being a human, and actually following Jesus, made being a human better. 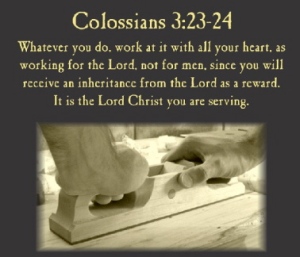 One other point he made also resonated. The minister said “Working, the way God wants us to work, also goes better.” I had serious questions on this one, but he has solid answers. “What is this ‘Sabbath thing?” I wondered. He explained that God plans for us to work to meet our needs, give the full measure to our work, and keep mind, body and Spirit healthy with time off every week. He preferred Sunday’s off for his parishioners, but of course, he couldn’t have a Sunday off. The important part of the Sabbath was that it wasn’t about a day of the week and it was there to serve man, and not for man to serve the Sabbath. I liked the satisfaction of hard work and reward, as well as needed time off, so for me it seemed like a solid plan.

With my head back into the forum where I was speaking, and the atheist/agnostic woman I was speaking with, the answer I came up with came from my experience with the Methodist pastor, 26-years ago. I asked if she had tried secular programs, like NA and AA, and she stated she had, but they talk about a higher power, and she believed there wasn’t one. Her atheism/agnosticism was literally killing her. I asked her if she would call me afterward so we could have a counseling session to explore her beliefs. She said “ok” but never called. I so wanted to share my testimony of doubt and answers with her.

The conviction I have to write this is to share “Things go better with God” with Christians who already know this, but may not have the explanation packaged. As we share our faith, God very well may put a Dana in our paths. For me, directing my attention away from what I was blaming God for, and toward what goes better with God, was a bridge built.

As an agnostic, I carried my case against God around like a weapon, ready to fire. That Methodist minister spoke with me, not to me. He shared relationship with me before he shared the Gospel. When he shared the Gospel, he did it in terms of things that connected with where I was in life, not abstract theology. He was nice, friendly, and easy to talk with. I put my arsenal of arguments down, and God used that minister to help me break through some of my barriers. I wasn’t a soul ready for harvest, but it was one where the seeds of my faith were watered.