A story from the HBO news magazine Vice came across my YouTube feed today. Reported by BBC’s Ben Anderson, it was called Slaves of Dubai. I recently re-posted a piece about the Slaves of Kuwait, and this topic has stirred a real passion in me. How on earth can we be looking at 2015 where U.S. gulf allies still allow and condone slavery, and it doesn’t unleash the fury of the free world. Social media should not rest; Twitter needs an anti-slavery hashtag, fellow WordPress bloggers should be writing a re-blogging about this topic until slave holders are shamed into change.

In the report linked below, you’ll see a recurring theme of victimizing the world’s impoverished, ignorant and desperate people-groups. Anderson’s piece highlights how slave brokers in Bangladesh entice their victims with the promise of work and sending money home from jobs in the beautiful UAE. The brokers charge their victims around $4500 USD for a “visa fee” that includes travel to the UAE, which the victims are indebted to pay back before their pay of $450 per month can be paid back. Once on Emirati soil, their condition becomes much worse.

When the victims arrive in UAE, the Bangladeshi contract is torn up, their passports are confiscated, and they are forced into new contracts that only pay $180 – $230 USD per month. They are forced to work at least 12-hours per day, 6-days per week, in sweltering conditions. Though regulations require the laborers not work when it’s over 122°F/50°C, the builders fraudulently insist it never gets that hot. When the grueling work-day is over, the cruelty doesn’t end.

The Dubai slaves are forced into company “housing” that is unfit for human use. Utilities are rare, and human waste pools on the ground around the tiny shack-cities. Workers are monitored and strong-armed by company thugs. Many go hungry for days, sleeping 8 or more to a room, often in the same room used for their living room and kitchen, and even in bathrooms. Bathrooms can have 1 or to water spigots for 40+ workers in a unit, and water usually does not run into the lines. Living conditions are on the bottom tier of a 3rd world prison camp.

But this is a shining city on a hill for the Sunni Muslim people of the Persian Gulf. Building islands in terraformed shapes, skyscrapers, luxury water-works and all of the trappings of Arab wealth does not free the citizens of UAE from responsibility for Bangladeshi hell-on-earth. But, as a Christian blogger, what can I do about it? I can share the story with everyone willing to read it. If it is a story that has connected with you, perhaps it will ignite a passion in you, too.

We have an internet that shares the story at light speed. Maybe you will re-

post this in your social media feed. Maybe you will research and write your own story. If you are a Christian, I hope that this is knowledge that will inspire you to do something. I’d love to hear your suggestions, commitments or comments.

At the end of this post, there are two more stories about slavery that occurs around the world. The U.S. has about 60,000 slaves, predominantly working as sex slaves and in agriculture. India has over 14-million – imagine the entire state of Pennsylvania enslaved. God’s word tells us how we should feel about slaves and slavery. We’ve been called for a heart-change about it for 2000 years.

The Apostle Paul befriended Onesimus, a slave belonging to Philemon, a leader of the church in Colossi, while Paul was in imprisoned in Rome:

Philemon 1:10-16 (NLT)
10 I appeal to you to show kindness to my child, Onesimus. I became his father in the faith while here in prison.
11 Onesimus hasn’t been of much use to you in the past, but now he is very useful to both of us.
12 I am sending him back to you, and with him comes my own heart.
13 I wanted to keep him here with me while I am in these chains for preaching the Good News, and he would have helped me on your behalf.
14 But I didn’t want to do anything without your consent. I wanted you to help because you were willing, not because you were forced.
15 It seems Onesimus ran away for a little while so that you could have him back forever.
16 He is no longer like a slave to you. He is more than a slave, for he is a beloved brother, especially to me. Now he will mean much more to you, both as a man and as a brother in the Lord.

Proverbs 22:16 (NLT)
16 A person who gets ahead by oppressing the poor or by showering gifts on the rich will end in poverty.

Washington Post story on modern-day slavery: Slavery – U.S. and Around the World – WaPo 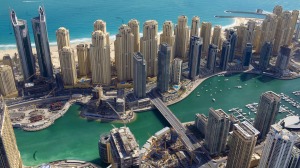 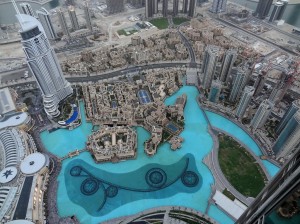