Why “LGBTQ” is a Dangerous Slur – Considering the ACP Report 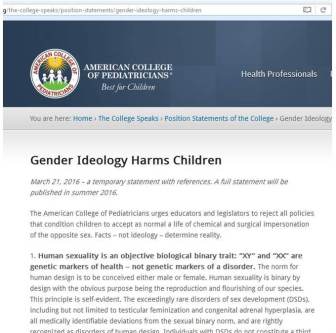 The American College of Pediatricians dropped a massive truth-bomb on the LGBTQ advocacy industry on March 21, 2016.  In very direct, factual and clear language, they declared “Gender Ideology Harms Children.”* The publication of this direct warning has had a tremendous ripple effect on the entire tapestry of imaginary “facts” that militant LGBTQ advocates advance.  The language could not have been clearer:

“The American College of Pediatricians urges educators and legislators to reject all policies that condition children to accept as normal a life of chemical and surgical impersonation of the opposite sex. Facts – not ideology – determine reality.”

To fans of scientific fact, as well as fans of the Bible, the release of the ACP transgender report is a blast of oxygen to people being smothered in a blanket of ideological fallacy.  The foundations of the entire LGBTQ ideology are built on the sinking sands of an extremist political ideology that has run completely amok toward any who would challenge it. 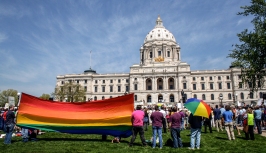 Everything in the LGBTQ agenda is an assertion based loosely in psychobabble, and heavily defended by elite, well-trained squads of terrorists in the media and on social media.  The only way to have a meaningful conversation about “homosexuality”, “gay” or “LGBT” issues is to back away from the ideology and media antics and calmly look at actual facts.

The ACP report makes a declaration that offers an amazingly positive opportunity for just about every life touched by same-sex attraction (SSA).  The bedrock of the opportunity is based in obvious, factual reality:

“The norm for human design is to be conceived either male or female. Human sexuality is binary by design with the obvious purpose being the reproduction and flourishing of our species. This principle is self-evident.”

If this idea sounds slightly familiar, consider the concept as stated 3500 years ago in the Bible (and Hebrew Bere’ shith).  This fact is stated:

Genesis 1:27-28 (NIV) “So God created mankind in his own image, in the image of God he created them; male and female he created them. God blessed them and said to them, “Be fruitful and increase in number; fill the earth and subdue it.”

“No one is born with an awareness of themselves as male or female; this awareness develops over time and, like all developmental processes, may be derailed by a child’s subjective perceptions, relationships, and adverse experiences from infancy forward. People who identify as “feeling like the opposite sex” or “somewhere in between” do not comprise a third sex. They remain biological men or biological women.”

When you follow the facts, the fallacies advanced by LGBT advocates fall apart.  The LGBT lobby contrived and propagated the existence of a “third gender” absent any biological facts.  Furthermore, they ignored that their allies at the American Psychological Association have identified and named transgenderism as a disorder:

“These children suffer from gender dysphoria. Gender dysphoria (GD), formerly listed as Gender Identity Disorder (GID), is a recognized mental disorder in the most recent edition of the Diagnostic and Statistical Manual of the American Psychiatric Association (DSM-V).5 The psychodynamic and social learning theories of GD/GID have never been disproved”

…and therein lies the truth about the human conditions represented by the letters LGBTQ.  We have the opportunity to deal with and treat the disorders the people suffer from.  Using these letters, and the names behind them, is injurious and slanderous.  As a society, we’ve come far on many fronts in how we talk about mental health.  Still, we have allowed politics to bulldoze the human rights of 3% of our citizens… people.  Not lesbians, gays, bi-sexuals, transgenders or questioning.  These are people, struggling through their human condition like the rest of us.  We all have physical and mental disorders and diseases to deal with.  And we are all people.

As a pastoral counselor, I am not bound by the politics of the APA, and I can call things as they appear, not as an organizing body demands they be defined.  The process of the APA’s finding that “homosexuality” shouldn’t be called a disorder was a highly political effort spear-headed by one board member who was heavily involved in the cause of LGBT activisim in the early 1970’s:

“If there was an official kickoff for APA’s newly energized gay psychiatrists, it was the 1970 annual meeting in San Francisco, (Melvin) Sabshin suggested, where Gay Liberation Front activists along with political protesters in support of other social and political causes disrupted the meeting. “It was guerilla theater” at that meeting and the one held in Washington, D.C., the next year, he said.” 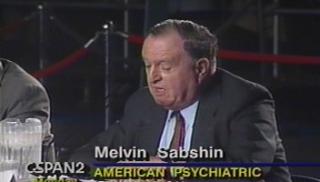 In 1973, after years of lobbying efforts by LGBT activists, the APA relented and removed homosexuality as a disorder in their Diagnostic and Statistical Manual.  It should also be noted that the herculean efforts of the LGBT lobby barely accomplished getting the majority necessary to declare that “homosexuality” was no longer a disorder.

“Opponents of the decision attempted to overturn it with a referendum of the APA membership in early 1974-just as Sabshin was beginning his 23-year tenure as APA medical director. The Board’s decision to delete homosexuality from the diagnostic manual was supported by 58 percent of the membership.”

Had the APA not succumbed to the hysterical advocacy of lobbyists, people struggling with the disorder of same-sex attraction would now be 43 years further ahead in the work of fact-based treatment.  Instead, they are caught in a society-hating quagmire created by politics, not biological facts.  Science based in facts is much more effective than politics in the treatment of human disease and disorder.

As I have studied the many issues that care-seekers bring into my counseling room, I have discovered quite a few constants:  (1) The overwhelming majority of social and psychological problems are based in processes governed biologically by the Limbic System.  (2) Many psycho-social problems stem from a compulsive disorder (e.g. addiction, compulsive behaviors).  (3) Almost every disorder is rooted in a combination of: a) choices, b) physical disorder/disease, c) maladaptive emotional responses, d) mental disorder and e) a grossly undeveloped spiritual life. 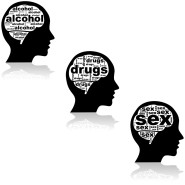 In 12-step recovery, a series of steps, meetings, counseling and spiritual principals are harnessed to buttress the vulnerability of the sufferer toward the behavior.  It is dangerous and counterproductive for an addict to immerse themselves in destructive behavior and then attempt a management scheme or false normalization of the behavior.  Much like the fiasco of Subutex, moving an addiction from one place to another only gives momentary relief.

The present school of thought in much of medicine and psychology has fed the political coffers of the LGBT advocacy industry, and grossly failed the people who suffer with SSA and conditions similar to it.  43-years is far too long to continue in the wrong direction.  The long-term danger is too great, as one can see from this CDC web article entitled “Lesbian, Gay, Bisexual, and Transgender Health”:

“A nationally representative study of adolescents in grades 7–12 found that lesbian, gay, and bisexual youth were more than twice as likely to have attempted suicide as their heterosexual peers.  More studies are needed to better understand the risks for suicide among transgender youth. However, one study with 55 transgender youth found that about 25% reported suicide attempts.”

Calling people “LGBTQ” identifies them as their disorder, leaving their identity as a person ignored and suffering.  The thought process of trying to normalize the obviously abnormal is dysfunctional, and failing.  For all of their well-meaning, the efforts of the LGBTQ advocacy lobby have given children suffering from SSA twice the level of suicide attempts.  “LGBTQ” is a Dangerous Slur.

There is wisdom that speaks to God’s intent for us, regardless of our struggles, suffering, disorders and politics.  God specifically, clearly states that it is sinful to accept the behaviors associated with SSA.  Still, most of us accede the wisdom of today, and reject the spiritual truth of God’s Word.  Christians are lampooned, and Christianity scorned when we speak the truth about what the wisdom of today calls “LGBTQ” and tries to legitimize it.  God also reminds us of the greater error of following the wisdom of today:

18 For the word of the cross is folly to those who are perishing, but to us who are being saved it is the power of God.

19 For it is written, “I will destroy the wisdom of the wise, and the discernment of the discerning I will thwart.”

Michelle A. Cretella, e. a. (2016, 03 21). The College Speaks › Position Statements of the College. Retrieved 03 28, 2016, from American College of Pediatricians: http://www.acpeds.org/the-college-speaks/position-statements/gender-ideology-harms-children