The Addiction Gene and the 10th Commandment

The more science teaches us about the book of God’s Works, the more it reinforces the book of God’s Word.  In researching some of the scientific elements of addictions and compulsive disorders I came across the scientific argument that cites a particular histone code reference relating to addiction.  The so-called “addiction gene” actually exists.  Even more interesting is how God apparently built an article of the Law of Moses that protects our minds and bodies from broken selves, many of whom have the addiction gene.

Genetic biologists use what is called the histone code for mapping DNA.  H3K9me3 is the gene present in some of the lab rats used in studying how this addiction gene works.  The University of Michigan recently did a study of how this gene affects receptors in the pleasure center of the brain:

The researchers looked in rats’ brains for the genetic instructions needed to make a key “pleasure receptor,” called D2, which allows brain cells to receive signals sent by the brain chemical dopamine — or by cocaine. … The addiction-prone rats were also more likely to carry a specific mark on their DNA called an epigenetic tag. This tag, H3K9me3, kept their brain cells from reading the gene for D2 receptors.*

I’m not a scientist, but rather a pastoral counselor who works with quite a few care-seekers who struggle with addictions and compulsive behaviors.  But, as an integrational counselor, I try to see the pathology of how God’s Hand and His Word relate to our paths as His image-bearers.  God’s Word brilliantly illustrates His intimate knowledge of our natures and His hand caring for us if we simply listen to Him. His Law displays the design to protect us knowing some of us would have a genetic inclination to addiction.

The 10 Commandments were made to be followed as a whole and not atomized in an attempt to defeat them.  What’s fascinating about their design is that if everyone follows them as a set, the likelihood of us injuring the well-being of another is greatly diminished.  The first nine are very common-sense; don’t kill each other, steal from each other, or follow a foreign God with different laws than everyone else in the nation is following.  Then, at the end, there is an injunction from “coveting”.

Coveting is not something we talk about in the 21st Century.  Most of us don’t really know what it means, so a trip to Webster’s Dictionary is useful:

1 to wish for earnestly covet an award

2 to desire (what belongs to another) inordinately or culpably The king’s brother coveted the throne.

Now we have an idea of the meaning of what was written on the tablets Moses brought down from Mount Sinai:

If you understand the principle behind the injunction against coveting, taken from an age when wealth was measured by your house, wife(ives), servants, and livestock, it is really the step before the crime.  One recovery program has an entertaining way they apply this principle in their program.  Students are regularly reminded, “Before you done it, you thunk it.”  It’s a recurring equation illustrated many times in the Bible.

In the Sermon on the Mount, Jesus teaches “But I tell you that anyone who looks at a woman lustfully has already committed adultery with her in his heart (Matt 5:28).”  There is no ambiguity in Jesus’ lesson here.  First you “thunk it” – when your noticing an attractive person turned into objectification.  Then you “done it” – you fantasized about the sexual act you would do with the one you objectified.  The key to avoiding this sin breaks down into four steps, and is a faith principle that we can apply in many places of our lives.

Put yourself in the mind of someone addicted to alcohol trying to get off the drug and has a few days clean.  You have to buy food, so you go to the grocery store, pick out a cart and start your shopping process.  Four steps are very likely to occur to lead you to a relapse, and at each step is an opportunity to arrest the compulsive behavior. 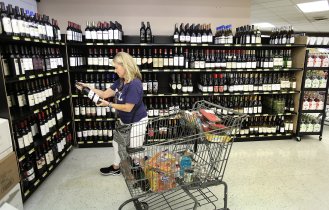 Step One:  (Attention) You recall very quickly that there is a “wine/beer aisle”, and you may see it out of the corner of your eye.  Step Two: (Affection) As you push your cart down the far wall of the store you begin recalling the taste and feel of your favorite beer or wine, amplifying the positives of drinking it while ignoring the negatives.  Step Three: (Romance) You turn your cart down the aisle and look to see if the store carries your favorite brand.  Step Four:  (Action) You pick the alcohol up and put it in the cart.  At any step you could divert and arrest the behavior, but you didn’t and now you’re relapsing. 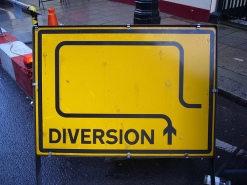 This brings the circle back around to the addiction gene.  The inability to properly produce the D2 pleasure receptor is why the addict keeps going back, over and over, and finds it very hard to quit using.  But this is no reason to accept the behavior.  If anything, it is all the more reason to avoid addictive drugs altogether.  There is a well-proven way to divert the trajectory toward relapse – Diversion.

The 12-step recovery method has worked for millions, but millions have also failed the 12-step recovery method.  It works best when people struggling with addictions and compulsive behaviors acquire (1) a good sponsor, (2) a good community to lean on, and (3) a passionate desire to do whatever it takes to recover.  There are over 280 12-step programs adapted to give people suffering a wide range of addictions and compulsive behaviors.  These 12-step frameworks and the community networks that are a part of them are the key to diversion.

Whatever we struggle with, the principle behind the 10th Commandment helps us to derail our trajectory from proceeding down the wrong road.  God knows we need it… He really does.

You have searched me, Lord, and you know me.  You know when I sit and when I rise; you perceive my thoughts from afar…”Psalm 139: 1-2