Why Debate When You Can Defame?

The use of argument in public discourse is dying.  We can blame recent elections, politicians and political views, but in truth we personally own what we do.  Instead of learning the pros and cons the positions we take, and learning to defend those positions, we instead are more inclined to engineer a label for those we disagree with.  Too often Christians fall short in their biblical duties when discussing their faith in an era of personal attacks, also defaulting to the ways of the world rather than the ways of Jesus.

It takes work to debate.  You not only need to know the subject of your position, you also need to know what makes a logical defense of that position.  There are 20+ logical fallacies you have to avoid to make an air-tight argument for your position.  For Christians, there is a study known as apologetics that will help teach us the valid evidential arguments for our faith.  Apologists are defenders of the faith, which is where the name of their discipline comes from; the Greek word apologia meaning “to speak in defense of.” 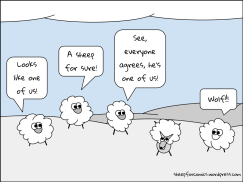 Christians often use argumentum ad populum, which is the agreement of popular opinion.  It may be powerful to say “There are 2.1 billion Christians on the planet”, but that is a fact that supports that the faith is popular but not necessarily valid.  A clear favorite of Christians is argumentum ad verecundiam, the appeal to authority.  We might tell someone “Our pastor says…”, 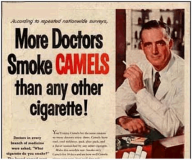 but the statement only testifies to one’s respect for the pastor, not necessarily the argument made by that pastor.  If you’re going to do apologetics you should not only learn your faith and other religions, but also how to present a logical argument for your faith.

There is one secularly unfair truth that an apologist has to learn to accept.  By nature of the Source of the Christian faith, while others engage in argumentum ad hominem, 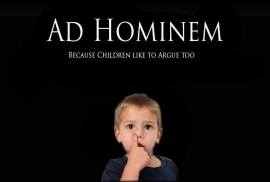 personal attacks, we’re explicitly required to abstain from them.  The half-brother of Jesus, James writes eloquently on the danger of personal attacks.

“With the tongue we praise our Lord and Father, and with it we curse human beings, who have been made in God’s likeness.  Out of the same mouth come praise and cursing. My brothers and sisters, this should not be.  Can both fresh water and salt water flow from the same spring?”  James 3: 9-11

In this age where most default to using words as weapons, Christians have to consider how to answer a curse with kindness.  Our words not only speak for what we say, but also Whose we are.  Reacting and attacking is how we defame others.  James has excellent instruction on how we should handle angry word directed towards ourselves:

“My dear brothers and sisters, take note of this: Everyone should be quick to listen, slow to speak and slow to become angry, because human anger does not produce the righteousness that God desires.  Therefore, get rid of all moral filth and the evil that is so prevalent and humbly accept the word planted in you, which can save you”  James 2: 19

Though I’ve studied apologetics, I leave the work of the apologist to those God gifted for that work.  Few actually have the gifts needed to effectively debate regarding the Christian faith.  For my part, I’m working toward following  James’ prescription every day.  Rather than defame or debate, my work is learning to listen, be slow to speak and slow to anger.  It’s hard work, but it’s the best thing I can do for Whose I am.

Have you been questioned about your faith?  Have you had to defend it?  Do you feel confident in your belief, or do you need to grow more in understanding why you believe what you believe?  I’d love to hear your answer in the comments below.