I have to speak out.

On my weekly teaching visits to our local detox facility, I see the faces behind the numbers that the “intelligentsia” of addiction services bandies back and forth. To me, the numbers have their use, but the suffering of the people matters so much more. I’ve seen many sick things ministering to addicts, but one of the sickest I have discovered is the insidious “fix”; the false premise, and false promise of addiction replacement therapy. With the ebb of “pill mill” pain-management clinics, the epidemic of cheap, easy-to-find heroin has grown to staggering proportions to replace the pain pills. Most Americans discover the crisis of heroin after it has snuck into the home with a loved-one. Families and addicts are almost always unprepared and unequipped to deal with their loved-one’s addiction; they want the simplest, quickest, easiest “fix” to the problem. To understand the problem of addiction replacement therapy, you have to learn some of (1) the nature of addiction, and (2) the history of treating addiction. After an injury, or as school-aged rebellion, an hereditary addict gets “turned on” to the chemical that will activate their latent, inherited addiction. While it may start as legitimate pain-control, or the independent assertiveness of youth, drug seeking turns into addiction; too often ending up in cheap, life-threatening heroin addiction. Here are some statistics:

• National Survey on Drug Use and Health (NSDUH), estimated 20 million Americans aged 12 or older used an illegal drug in the past 30 days. This estimate represents 8% percent of the population.*

• Abuse of prescription drugs is growing, with an estimated 48 million people ages 12 and older using for non-medical reasons; approximately 20 percent of the U.S. population.*

• The statistics are staggeringly clear: individuals with a drug dependence diagnosis die on average 22.5 years earlier than those without such a diagnosis. **

The trap of addiction gets baited for three reasons: denial and shame and disbelief.  The addict disbelieves they will get hooked, they become ashamed when they discover they are, and they deny to themselves and their family that they are trapped.  Once the trap is sprung, it will never be “unsprung”. Heredity is a prominent risk-factor. Once you add enough chemical over enough time, the trap has the addict for life. This is where the sickness of the Recovery Industry comes into play. Let’s look at some of the players:

Here is where the sickness comes in. Let’s follow the money:

Replacement “step-off” detox with Suboxone is useful.  But the more-common replacement therapy is not really a recovery; just switching one addiction for another. About 1/3 of the addicts I meet are former heroin addicts that were clinically addicted to replacement opiates by their doctor. There is no freedom, and relapses back to heroin are very common. Far too many later die of overdose, either Suboxone or heroin.

Following the money, it’s obvious where the profits are. The treatments that are free will suffer being the punching bag of the well-funded, and none are better funded than Rickitt Beneckiser. Recent media treatment of an apparent spokesman for Suboxone highlights how insidious the pharmaceutical company is.

Jason Cherkis of the Huffington Post did a recent article “Dying to Be Free” featuring Suboxone that was praised by a mixed group of media elites as the quintessential treatment for addiction. Introducing Cherkis for an interview about the article on National Public Radio, host Dave Davies tees-up an emotional plea for “the addicts”. *** 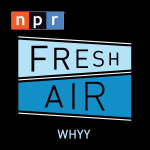 “Jason Cherkis, welcome to FRESH AIR. Give us a sense of how long you worked on this project and how many grieving families you met and spoke to.

Cherkis shares a tragic story of the heroin addict that died because of the abstinence based 12-step program, and because he victim didn’t take Suboxone.

“He could quote The Big Book from memory to his mother at the dinner table. But at the end of the week he wasn’t doing so well and he relapsed and that relapse ended up being fatal. He overdosed on a Saturday – four days after leaving drug treatment.”

Later, Cherkis is asked his opinion of 12-step treatment, and he accuses

“It’s sort of a common theme among most abstinence-based treatments, this idea that we’re going to police each other; that we’re going to, you know, call each other out when we’re not doing well. And I found it to be kind of a fairly rough and primitive way to do therapy.”

After a thorough thrashing of abstinence-based programs, Cherkis lands a blow for the profits of Big Pharma,

It would have been a huge blow to Rickitt Beneckiser had the media not downplayed that Dylan Roof, accused murderer of the “Charleston 9” at Emanuel AME Church, was on Suboxone. Additionally, the tremendous market for “diverted” Suboxone is going largely unreported. Also, in jails across America, the ease of smuggling the

sublingual strips have made Suboxone the opiate of choice. The miracle drug is actually the next scourge. Why? Once again, follow the money. A recent article in the Village Voice states, ****

Suboxone reached $1.4 billion in sales in the first quarter of 2012… (in all of 2012) doctors wrote 9.3 million prescriptions for buprenorphine. From January to March of this year, they wrote 2.5 million more. A majority were for Suboxone, which controls about 70 percent of the buprenorphine market. 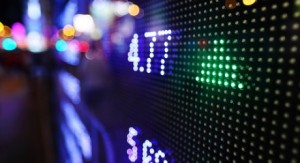 $3-4 billion a year for a drug that is extremely dangerous, it is being abused in the jails and on the streets all over America… and it is an opiate, subbing for an opiate. There is no profit in abstinence-based programs, so Big Pharma is prolonging the addictions of millions who are now suffering. The addict either goes into abstinence recovery, or they die in an opiate addiction.

What’s the Biblical angle? This one is very basic, very simple.

Matthew 7:12 (NLT)
12 “Do to others whatever you would like them to do to you. This is the essence of all that is taught in the law and the prophets.