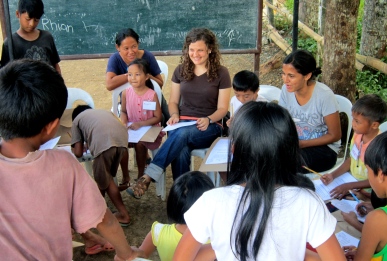 As Christians, we are all missionaries. The work of the Great Commission of Matthew 28:19, to “go and make disciples of all peoples” is married to the ascension of Acts 1:8:

“But you will receive power when the Holy Spirit comes upon you. And you will be my witnesses, telling people about me everywhere—in Jerusalem, throughout Judea, in Samaria, and to the ends of the earth.”

Prayerfully, scripturally, we receive the calling on our hearts and minds to go and share the good news on local, national and international fields. Then we take stock of accomplishing the daunting task of approaching the mission field according to the guidance that Jesus gave the Apostles:

“Look, I am sending you out as sheep among wolves. So be as shrewd as snakes and harmless as doves.” Matthew 10:16

For American Christians, whether on a U.S. field, or an international field, Christians must be shrewd to manage their expectations. We think we understand ourselves in and out, but do we really? We are a product of our upbringing and presuppositions, so what we really “know” is just our perception of what really is. We have to look at our thinking in context with our personal, as well as our cultural experience and education. Let’s be shrewd about our cultural experience for a moment.

Along ideological lines, the American public is led to believe our people are unacceptable to the rest of the world. The left wing of the American media culture asserts that the U.S. is disrespected around the world for asserting strength; that we’re the rude, dominating Americans disrespecting other cultures. The right wing media asserts that the U.S. is perceived as weak and ineffectual if we do not project economic and military power; that we should be unafraid to disrespect other cultures because of the superiority of our own. If we let ourselves believe what the polar media tells us, our national policy would fail.

America is a melting pot, so we have a vast array of cultures right here on our home soil. Of course we really don’t know what to expect for cultural barriers on foreign fields. But, if you go from East to West coast in America, you would experience quite a few cultural barriers in national, and even home missions. New York City is one of the most culturally diverse cities on earth. For perspective, here is a Business Insider map of neighborhoods indicating the dominant primary language of non-English and non-Spanish speaking populations.

Only in America could such an absurd mixture of cultures actually work together to form the largest multi-cultural village on Earth. People flock to America more than any other country, so you don’t even need a passport to feel like you are on a foreign mission field. An article from the entertainment magazine site The Richest puts America’s multi-cultural experience into perspective:

“It hosts almost 20% of the world’s migrants, and boasts a huge mix of races, cultures and traditions. Despite government policies clamping down on illegal immigration, it still accepts far more international migrants than anywhere in the world, and the trend looks set to continue.”

Regardless of which “peoples” you are called to bring the Gospel, there is a great training ground on U.S. soil. Still, some will also be called to carry the Gospel to mission fields away from home. The presuppositions that we get from American media culture might scare some from answering their calling. As usual, we can depend on getting a skewed perspective from American media. The truth about international perceptions of America is that our nation is perceived in a surprisingly positive light.

We appear to be held in above average esteem by the greatest portion of the world’s population. According to Pew Research poll from June 2015, “Across the nations surveyed (excluding the U.S.), a median of 69% hold a favorable opinion of the U.S., while just 24% express an unfavorable view.” The actual breakdown by country can be very telling about perception, relative to the indigenous people’s religion. American missionaries in Muslim countries are at the highest risk, and experience the worst perception.

missionaries. They are often training the forward operators on the mission field.

“Perspectives is a ministry of the Frontier Ventures, a non-denominational ministry that exists to enhance the effectiveness of the mission movement among the world’s least reached peoples based in Pasadena, California.”

Many denominations still offer their own missionary training. For the non-denominational Christian, Perspectives can be a tremendous blessing as one begins answering the call for missions abroad. Their link is in the Works Cited of this article.

However we are called, getting past our national perceptions as U.S. Christians will advance the cause of Christ tremendously. America’s absurd culture belongs to the U.S. on a micro level, and to the world on a macro level. Once a Christian accepts Christ, they are no longer of their nation, or of this world. The Good News tells us of how we are transformed to do the work we are called to do.

And so, dear brothers and sisters, I plead with you to give your bodies to God because of all he has done for you. Let them be a living and holy sacrifice—the kind he will find acceptable. This is truly the way to worship him. 2 Don’t copy the behavior and customs of this world, but let God transform you into a new person by changing the way you think. Then you will learn to know God’s will for you, which is good and pleasing and perfect. – Romans 12:1-2 (NLT)